A host of local authors will be at the Embassy Suites (I-25/Lomas) in Albuquerque on May 7 – 9. Starting this Thursday. This week! Come and meet us, browse books, and have fun.

JEAN GILL – Bestselling Author of How Blue is my Valley (#10 Kindle Travel). Jean Gill is a Welsh writer and photographer living in the south of France.

Faithful Through Hard Times – The true story of four years, 3 million bombs, one small island out-facing the might of the German and Italian airforces – and one young Scotsman who didn’t want to be there.

This is not a WW2 memoir. It is a riveting reconstruction from an eye-witness account written at the time in a secret diary, a diary too dangerous to show anyone and too precious to destroy.Young men died in wars and old men lied about what they’d done in them; George had no intention of doing either.

Private George Taylor arrived on Malta in 1940 thinking that shiny buttons would earn him fast promotion; he left four years later, a cynical sergeant and a Master Mason who never said, ‘I was there’ without a bitter smile.

Despite the times he said, ‘It’s me for the next boat’, despite his fears that Nettie had forgotten him, George kept the motto of the Royal Army Medical Corps ‘In arduis fidelis’, ‘faithful through hard times’ – in public – and only told his diary the inside story of four long years.

Sixty years later, the truth has to be told. Trailer youtube.com/watch?v=WrOShZg44Ec 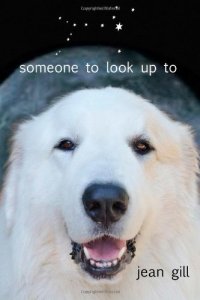 ne To Look Up To – It’s a dog’s life in the south of France. From puppyhood, Sirius the Pyrenean Mountain Dog has been trying to understand his humans and train them with kindness…

How this led to divorce he has no idea. More misunderstandings take Sirius to Death Row in an animal shelter, as a so-called dangerous dog learning survival tricks from the other inmates. During the twilight barking, he is shocked to hear his brother’s voice but the bitter-sweet reunion is short-lived. Doggedly, Sirius keeps the faith.

One day, his human will come.

Song at Dawn – Book 1 in the Troubadours Series – 1150 in Provence, where love and marriage are as divided as Christian and Muslim.  A historical thriller set in Narbonne just after the Second Crusade. On the run from abuse, Estela wakes in a ditch with only her lute, her amazing voice, and a dagger hidden in her petticoats.
Her talent finds a patron in Alienor of Aquitaine and more than a music tutor in the Queen’s finest troubadour and Commander of the Guard, Dragonetz los Pros.
Weary of war, Dragonetz uses Jewish money and Moorish expertise to build that most modern of inventions, a papermill, arousing the wrath of the Church. Their enemies gather, ready to light the political and religious powder-keg of medieval Narbonne.

C.M.T. STIBBE, Author of Chasing Pharaohs and The Fowler’s Snare. Claire is a British author living in New Mexico, USA. She will be present and selling two Fiction books on Ancient E

gypt during the 18th Dynasty.

Chasing Pharaohs – In the aftermath of a battle between the great powers of Egypt and her old foe Kush, Pharaoh Kheper-Re rules Thebes, the city of the golden gates. But his old arch-enemy wants him dead and the very future of Egypt hangs in the balance.

Commander Shenq, leader of Pharaoh’s most elite warriors, will stake all on a plan for defense. The shrewd Commander, unpopular with his superiors, must use his wit and skills to balance conflicting loyalties and ward off the invaders.

In a court where a Hebrew prophet interprets troubling dreams and a bodyguard lies awake tormented by rumors, Commander Shenq comes to realize that the quest for peace has never been more challenging.

The Fowler’s Snare – When a band of Alodian outcasts crosses the border to Egypt, Pharaoh Kheper-Re invites them to compete in a grueling chariot race across the western desert against his bodyguard, Commander Shenq. The prize is great; the winner will be awarded the title of Supreme Commander of Thebes. Determined to win, Commander Shenq and his team enter the race confronting the most brutal of obstacles. With so much at stake, treachery and sorcery are once again in season as the princes of two rival kingdoms go head-to-head. It is a race that will cost the loser everything he holds dear.

Marlene Chavez Hawkes, Presenting four exciting books, White Feather & Teresita, Sunrise, Voices of New Mexico, Angelique, The Little Angel of the Loretto Chapel and Sunset in the Land of Enchantment. Marlene is a native New Mexican and will be present with other authors from the New Mexico Book Co-op. 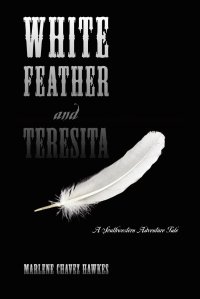 All this and more: