I am pleased to welcome author B.A. Morton, writer of hard-boiled, crime and horror thrillers. Babs also writes historical fiction, in particular The Wildwood Chronicles set in medieval England. One of her many five star reviewers have been quoted as saying these are beautifully written historical novels with strong elements of romance, adventure, mystery, and fantasy.

She lives amidst the wonderful scenery of the Northumberland National Park, an inspirational backdrop for her historical fiction series. As a member of the Crime Writer’s Association and Crime Readers Association, it’s not hard to see why this versatile and canny writer of crime fiction won the Yeovil Literary Prize in 2011 for Mrs. Jones. 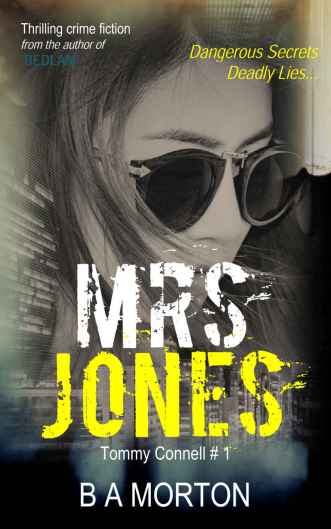 A British girl with a secret. A New York cop with a past. And a Mob that wants revenge.

When maverick New York detective, Tommy Connell, picks up a witness to murder, he finds himself with more than he bargained for.

Mysterious British girl, Lizzie Jones, is harboring a secret and both the Mob and the Feds are keen to know what it is.

Setting out to solve the puzzle Connell is inexplicably drawn back to his checkered past and the murder of his young son’s mother. With hired killers hot on their trail, Connell must protect Mrs. Jones and uncover the truth. 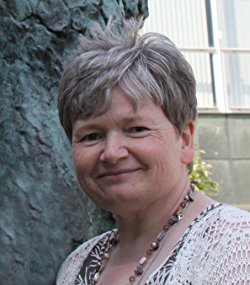 Tracing a 911 call to Apartment 13A, Detective Connell investigates hit and run scene with a witness he’d rather like to know better. A witness who may just be a lot younger than her ID claims. Clever dialogue makes this opening scene a page-turner and just like Connell, I find anything odd intriguing. What he can’t figure out is why Mrs. Jones is living in this apartment. Why such a dangerous part of town? Connell is determined there is something she’s not telling him, something that sets the alarm bells ringing. And he’s determined to keep her close at hand. This case is not a straightforward one and, in many detective novels, they never are. But there’s a magic to this book that doesn’t let up and that’s what kept me reading until the end.

I want to know who Mrs. Jones is. Why she’s so vulnerable. And where is Mr. Jones? I like Connell . . . very much. There’s a unique stoicism to him that doesn’t fit the stereotype. His character is more realistic in my view, more to resonate with. In fact, there’s nothing to pigeon-hole these characters at all. What strikes me as unusual is Morton’s way of communicating their inner-workings. Effortless is the word, much like her other novels which portray unusual people in exceptional situations. There’s a sharp twist to these and a certain residue that sticks to the skin long after the last page. Five stars for a gripping, sensual ride. Straight to the point. No holds barred. (Bookpreneur 5* Review)

Mrs. Jones would not be complete without the second in the series Molly Brown. 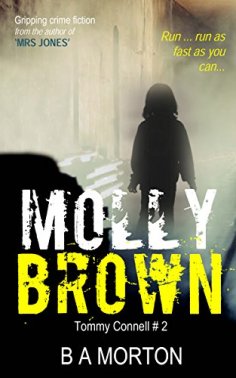 A child to save – A killer to catch.

When a strange little girl disappears into the night and no one seems to care, Tommy Connell figures someone should take another look.

Watch out for more of Molly Brown on Amazon.

Amazon 5* Reviewer: The prose is crisp, transporting a reader through half the book in no time! But don’t go too fast. There are a myriad of details, clues and senses to enjoy, and characters to become attached to.

For a complete list of B.A. Morton’s books on Amazon take a look HERE