Woohoo! Another FABULOUS psychological thriller. I hadn’t read any of Sheryl Browne’s books before and since I’m always hunting for new authors, this was a real treat. Who doesn’t love a good psych thriller, where two complex personalities collide and there are emotional knots to unravel. 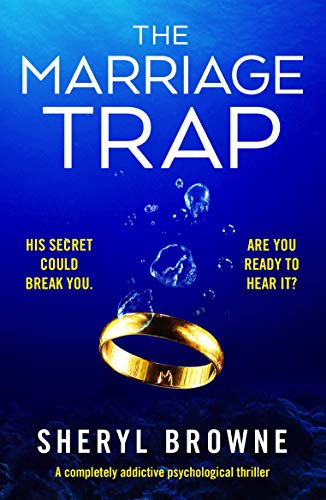 My husband has been keeping secrets for a long time. He thinks I don’t know what he does outside of this house. But I know everything…

Karla watches silently as Jason hurriedly packs his belongings into a suitcase. She knows that her stillness is unnerving him as she watches his every move from the doorway of their bedroom.

Clothes are screwed up and packed into the case, along with a watch she bought him for his last birthday and his precious laptop. He takes everything from his bedside table. Everything except the framed wedding photo, which now stands alone. Karla strains to see the smiling faces in the photo. If only she knew then what she knows now.

‘I’ve fallen in love with someone else,’ he’d said to her, just moments earlier. The brutality of those words hit Karla hard and she struggled to breathe as she took in each word in turn.

You may think you know what Karla will do next. But you’ll be wrong. Because Karla isn’t who you think she is. Only she knows what’s about to happen. And you will never see it coming.

An absolutely gripping psychological thriller for readers who loved The Girl on the Train, Gone Girl and The Other Woman. With twists you’ll never see coming, you will not be able to put this one down!

What the book is about:

Four personalities, four points of view. Karla, her husband Jason, and Karla’s parents Diana and Robert. The story starts in the midst of a marriage breakup with occasional glimpses of earlier times explaining how the marriage turned sour. Karla’s pain is unmistakable as she slides into a sequence of events that are not only self-destructive to her marriage and to the relationship she holds dear with her ‘babies,’ but also her reputation at work. Witnessing such a tipping point is sheer torture, as Browne leads her readers down a slippery slope with no hope of recovery. As Jason pursues an enticing on-line interest, the little grey cells in my head began to get the drift.

When we meet Karla, she has probably hit rock bottom and her character is going through the inevitable stages of grief — self-denial being the theme that carries throughout the book — and trying to right a wrong she has no hope of doing on her own. You can’t help feeling for Jason, with or without his faults, and I hoped he would somehow make a change.

The ending had thee surprising twists, although there was one I had toyed with earlier. It was later confirmed with powerful backstory of Karla and Sarah, and Michael Kinsella’s background.

The family dynamic was complex. Robert a hardened Lothario with a reputation to uphold and a horrible secret he is desperate to keep. The most manipulative of the four, he drove me insane, especially with a motive that would have driven any protagonist over the edge.

Diana, enjoying the lifestyle that goes with being married to a businessman, has a few secrets of her own. I think out of all of the characters in the book, I liked her the best. Guilt-ridden to the end, she continued to demonstrate an inner strength and a sacrificial love for Sarah and Karla. We can all empathize with her situation.

This is a well-written, pacey read, hard to put down and cleverly plotted.

When I think of divorce, I often wonder if it’s because the ‘exciting’ part of a person’s character has been stripped away with raising two children and navigating life. That’s why the fairy tales end with ‘they lived happily ever after’ because to go any further would spoil it. There are stress fractures in Karla and Jason’s relationship that need loving reinforcement. But what would happen if they had been allowed to go back in time and bottle the essence of what attracted them to each other in the first place. Could they reclaim some of the excitement and magic they first experienced? Did Karla demonstrate this with what she did? Without spoilers, you’ll just have to read it.

Thank you to Netgalley, author Sheryl Browne and publisher Bookouture for an Advance Reader Copy of this book.

What readers are saying about the book:

⭐⭐⭐⭐⭐ ‘Oh my goodness I can finally breathe!! What an amazing, addictive and totally gripping read this was… you will not be able to put it down!!’ Goodreads reviewer

⭐⭐⭐⭐⭐ ‘Wow! Wow! Wow! Wow! What a rollercoaster of a ride that story was, bloody brilliant!… If you enjoyed The Girl on the Train and Gone Girl then this story is for you!’ Between the Pages Book Club

⭐⭐⭐⭐⭐ ‘Stunning… Gripping, tense and suspenseful… a heart in mouth and pulse-racing realistic thriller… I loved it.’ Goodreads reviewer

⭐⭐⭐⭐⭐ ‘Phew… Goosebumps, shivers down my spine and the hairs on the back of my neck were standing on end, that’s how good this book is.’ Goodreads reviewer

⭐⭐⭐⭐⭐ ‘Wow!! I was totally taken away with this book from page one.’ Goodreads reviewer

⭐⭐⭐⭐⭐ ‘An unputdownable read. I loved that I had no idea what the author had in store next for me.’ By the Letter Book Reviews

⭐⭐⭐⭐⭐ ‘Clear some room in your diary, you will not want to put this down.’ Goodreads reviewer

⭐⭐⭐⭐⭐ ‘Absolutely amazing. Twisted, thrilling and chilling. This book is one you will pick up and not want to put down. 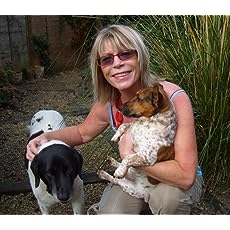 So why does Sheryl write in two genres? Quoting E. L. Doctorow, Sheryl says: “Writing a novel is like driving a car at night in the fog. You can only see as far as your headlights.” This she thinks sums up a writer’s journey, you never quite know where you are going until you get there. If Sheryl’s not sure where a character is going, she simply has to trust him to show her the way. Plus, according to one reviewer, she also has a scary insight into the mind of a psychopath. To find out more about Sheryl’s novels, go to http://www.facebook.com/SherylBrowne.Author/ or follow @SherylBrowne on Twitter. To find out more about Sheryl, go to http://www.sherylbrowne.com