I was absolutely thrilled to receive a copy of this NY Times Bestseller. It leaves a deep impression on the reader long after the book has finished. Profound, disturbing, and haunting, abuse is not everyone’s cup of tea. You’ll feel every layer of Vanessa’s personality, her struggles and her strength, and you’ll suffer along with her until the bitter end. 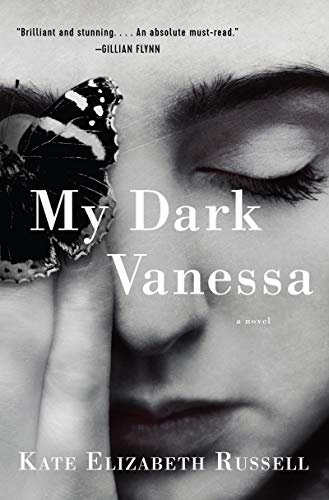 “To call this book a ‘conversation piece’ or ‘an important book’ feels belittling . . . [it] is so much more than that. It’s a lightning rod. A brilliantly crafted novel.”—The Washington Post

Exploring the psychological dynamics of the relationship between a precocious yet naïve teenage girl and her magnetic and manipulative teacher, a brilliant, all-consuming read that marks the explosive debut of an extraordinary new writer.

2017. Amid the rising wave of allegations against powerful men, a reckoning is coming due. Strane has been accused of sexual abuse by a former student, who reaches out to Vanessa, and now Vanessa suddenly finds herself facing an impossible choice: remain silent, firm in the belief that her teenage self willingly engaged in this relationship, or redefine herself and the events of her past. But how can Vanessa reject her first love, the man who fundamentally transformed her and has been a persistent presence in her life? Is it possible that the man she loved as a teenager—and who professed to worship only her—may be far different from what she has always believed?

Alternating between Vanessa’s present and her past, My Dark Vanessa juxtaposes memory and trauma with the breathless excitement of a teenage girl discovering the power her own body can wield. Thought-provoking and impossible to put down, this is a masterful portrayal of troubled adolescence and its repercussions that raises vital questions about agency, consent, complicity, and victimhood. Written with the haunting intimacy of The Girls and the creeping intensity of Room, My Dark Vanessa is an era-defining novel that brilliantly captures and reflects the shifting cultural mores transforming our relationships and society itself.

One of the deepest novels I’ve read this year. A powerfully chilling book, it weaves every type of abuse imaginable into one story. Women will resonate with Vanessa and hopefully find the courage to tell their own stories so they no longer feel alone, undermined, and barely existing in self-doubt. But it is also a book for men.

Vanessa (15) is a lonely girl longing to be loved and typical of girls her own age, a loner. Dumped by her best friend, she is dangerously vulnerable to the predatory Strane; a master manipulator and narcissist. Central to the plot is her loyalty and the chipping away of her own identity which, if left alone, would have developed at its own speed. You can’t help thinking what life might have been like for Vanessa if Strane hadn’t polluted it, and in this way the novel examines Strane’s ruthlessness and exploitation of her youth. She is puzzlingly obsessed with a man so much older than herself and with few physical attributes a girl of her age would naturally find attractive. But there is a meeting of the minds, an academic magnetism that draws her to Strane; the catalyst being the book Lolita, given to Vanessa by Strane. In Lolita, Humbert is obsessed with ‘nymphets’ aged from 9 – 14, and as Lo unwittingly stretches her legs across Humbert’s excited lap, so too does Vanessa in Strane’s study. This is how she defines love.

As the relationship progresses, Vanessa is blind to Strane’s disturbed personality — irritatingly so — because she is oblivious to his motive. Strane’s greed causes indescribable pain and tragedy to Vanessa alone, where she is expelled from a school she loves in order to protect his name. The frustration a reader may feel is Vanessa’s powerlessness and emotional immaturity, and most importantly the lack of statutory rape laws to protect her. The issue here is that Vanessa doesn’t feel she’s been raped because she’s in love, and Strane, in his own twisted way, loves her. She is inescapably bound to him and cannot form attachments with boys of her own age. Neither Taylor nor a reporter, desperately trying to build a case about Strane, can get through to Vanessa. Even Vanessa’s counsellor has met her match.

The relationship continues outside the school for a brief period until she is too ‘old’ to satisfy Strane’s fantasies. We see her robbed of her innocence too early to understand its complexities and the damage incurred by Strane’s selfishness. Weed smoking and drinking aside, Vanessa is already on a downward trajectory, although I kept hoping for retribution as a result of Strane’s sudden diffidence.

I found the last third of the book a little lacklustre compared to the opening chapters which are an emotional roller-coaster. Gripping and horrifying, it’s hard to put down because you ache for Vanessa and you hope she will see the light. Parts of it were so emotional for me I had to put it down for a while to process what I’d just read.

Beautifully written and riveting from start to finish, the after-effects will be with the reader for months to come.

Thank you to @Netgalley, the author and the publisher for an advance copy of this book. 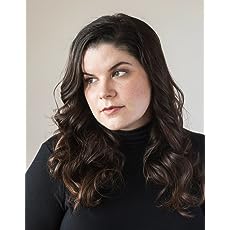 Kate Elizabeth Russell was born and raised in eastern Maine. She holds an MFA from Indiana University and a PhD from the University of Kansas. My Dark Vanessa is her first novel.

My Dark Vanessa: The Biggest Debut Novel of 2020

“Exquisite… My Dark Vanessa stands on its own as simultaneously specific and universal—about a young woman who believes she’s in a love story when she’s actually in a psychological horror film.” (Los Angeles Times) 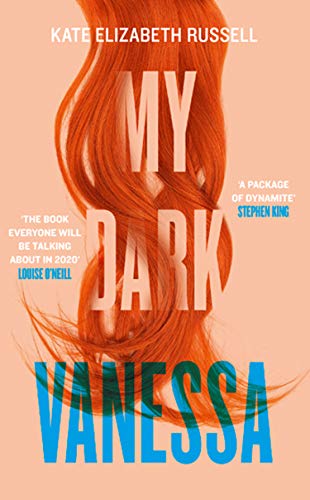 “This timely, riveting debut illuminates the interplay between a child’s heartbreaking confusion and the deepest perversions of power.” (People, Book of the Week)

“A brilliant and stunning debut, My Dark Vanessa is utterly truth-rattling, humane in its clarity and chilling in its resonance. An absolute must read.” (Gillian Flynn, #1 New York Times bestselling author of Gone Girl)

‘Clever, unsettling … this novel stands out for its elusiveness, its exceedingly complex, inventive, resourceful examination of harm and power’ New Yorker

‘The #MeToo novel that’s as gripping as any thriller’ Grazia

‘Gripping and unsettling… a bracingly uncompromising book. It will doubtless be devoured with an ache of recognition by large numbers of women. But it really ought to be read by men’ Economist