Once again, I find myself praising Orenda Books for introducing me to another fabulous writer. I’m blown away by this compelling thriller that dishes out cliff-edge tension. A pacey read with so many blind alleys you feel dizzy with excitement. It’s the kind of story you could inhale in a leisurely few hours. 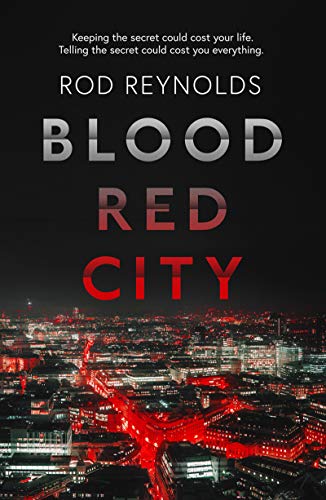 When crusading journalist Lydia Wright is sent a video of an apparent murder on a London train, she thinks she’s found the story to revive her career. But she can’t find a victim, much less the killers, and the only witness has disappeared. Wary she’s fallen for fake news, she begins to doubt her instincts—until a sinister call suggests that she’s not the only one interested in the crime. Michael Stringer deals in information—and doesn’t care on which side of the law he finds himself. But the murder on the train has left him exposed, and now he’ll stop at nothing to discover what Lydia knows. When their paths collide, Lydia finds the story leads through a nightmare world, where money, power and politics intersect, and information is the only thing more dangerous than a bullet. Blood Red City twists and feints to a superb, unexpected ending that will leave you breathless.

Journalist Lydia Wright works the graveyard shift on the showbiz desk. She has only been with the company twelve months and receives a video of an assault on the Northern line of the London Underground. An empty carriage and a man struggling for his life, a slowly unfurling nightmare that had me biting my nails down to the quick. There is no indication of who’d sent it, or any reason why Lydia had been targeted to receive it. Fake news? Maybe not.

With no indication of who the killers might be, gutsy Lydia meets her friend Tammy Hodgson, a former investigative journalist at the same paper, who’s brief meeting with the victim ‘Joe the banker’ has left her nervous. A money laundering scheme begins to unravel, while at the same time, promising a story worthy of a comeback. But will Lydia jump on the same bandwagon if her life is at risk? Working on the 13th floor could be seen as unlucky in some cultures, but maybe her luck is about to change.

To me Lydia is someone you care about. Her die-hard mentality gives a reason to keep going when everything tells her to give up. Following every lead, her tenacity never fails and I suppose you could put it down to a journo’s unmistakable determination to see it through to the end. The visceral prose draws you right in and with one revelation after another, it’s hard to put the book down. This is what kept me hooked.

Written in Reynold’s unique descriptive style, this is not an offering to be missed. There’s just the right amount of backstory not to bog you down and I enjoyed the way he toys with your expectations right up until the packs-a-punch ending. The dialogue is top-notch. I’m not sure I’ve seen it done better. As befits a crime action book of this nature, it’s the twists that make this novel such an exciting and surprising reading experience, and I enjoyed keeping company with these exceptional characters. It wouldn’t surprise me if someone is working on a screen play to bring Blood Red City out as a film sometime soon. Highly recommended.

Huge thanks to Karen Sullivan at Orenda Books, Anne Cater for including me on this blog tour, and author Rod Reynolds for an advance copy of this fabulous book. 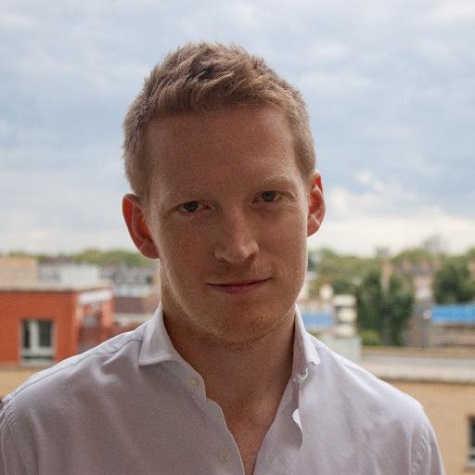 Rod Reynolds is the author of four novels, including the Charlie Yates series. His 2015 debut, The Dark Inside, was longlisted for the CWA New Blood Dagger, and was followed by Black Night Falling (2016) and Cold Desert Sky (2018); the Guardian have called the books ‘Pitch-perfect American noir.’ A lifelong Londoner, in 2020 Orenda Books will publish his first novel set in his hometown, Blood Red City. Rod previously worked in advertising as a media buyer, and holds an MA in novel writing from City University London. Rod lives with his wife and spends most of his time trying to keep up with his two young daughters. Contact him:

‘A searing, white-hot journey through the dark underbelly of modern London. Bristling with tension, danger and seamed with the constant threat of violence … Blood Red City confirms Rod Reynolds status as one of the greatest crime talents of his generation’ Tim Baker

‘An outstanding page-turner that ratchets up the tension as it builds via a labyrinthine plot towards a satisfying and well-crafted climax … relevant and at times alarming, Blood Red City slaloms its way through the world of social media, geopolitics and hi-tech innovation with compelling conviction’ G.J. Minett