Having read the Marsh King’s Daughter, I knew I was in for a treat. The Wicked Sister —rich in descriptions, paired with deep research into psychology, made this a must read for me. Evocative settings and complex characters are Dionne’s hallmark, that and powerful drama, twists and tension galore.

She thought she’d buried her past. But what if it’s been hunting her this whole time? 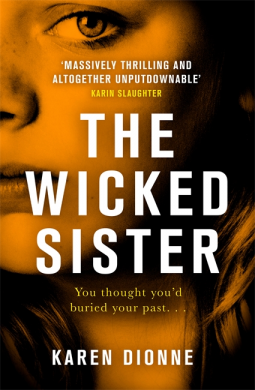 From the bestselling and award-winning author Karen Dionne comes a startling novel of psychological suspense as two generations of sisters try to unravel their tangled relationships between nature and nurture, guilt and betrayal, love and evil.

You have been cut off from society for fifteen years, shut away in a mental hospital in self-imposed exile as punishment for the terrible thing you did when you were a child.

But what if nothing about your past is as it seems?

And if you didn’t accidentally shoot and kill your mother, then whoever did is still out there. Waiting for you.

For a decade and a half, Rachel Cunningham has chosen to lock herself away in a psychiatric facility, tortured by gaps in her memory and the certainty that she is responsible for her parents’ deaths. But when she learns new details about their murders, Rachel returns, in a quest for answers, to the place where she once felt safest: her family’s sprawling log cabin in the remote forests of Michigan.

As Rachel begins to uncover what really happened on the day her parents were murdered, she learns – as her mother did years earlier – that home can be a place of unspeakable evil, and that the bond she shares with her sister might be the most poisonous of all.

Set in Michigan’s Upper Peninsula wilderness and told in dual narratives, The Wicked Sister flips from past to present in this compulsive tale of manipulation and deception. Rachael Cunningham is locked up in the Newberry Regional Mental Health Centre, believing she has committed an unspeakable crime. Subjected to horrific torment and having only a spider for company since the age of eleven, she has surely paid her dues. But when a discrepancy in the police report is discovered, no matter how Rachael looks at it, the crime could not have been committed by her. Discharging herself from the facility, she is free to investigate on her own terms.

Jenny, a wildlife biologist, must escape the neighbourhood after a tragic accident. Leaving behind a trail of devastation, the family travels to the wilderness to research bears. But Jenny’s young daughter Diana is precocious, manipulative and decidedly psychotic. I found it frustrating to watch a parent cave to such outrageous demands, but as disturbing as these scenes are, Dionne writes them so well. I found myself as uneasy and as traumatised as Jenny, with little or no solution to offer. A child with callous-unemotional traits is not everyone’s cup of tea. She certainly isn’t mine. The pillow incident made me want to throw something at someone and there were other cruelties that sadly fit the criteria. As these devastated parents endeavour to keep Diana’s condition a secret, I wonder how long it will take for another life-threatening accident to happen.

The massive hunting lodge made of Oregon pine is sadly the scene of a murder. Two ravens, nesting outside Rachel’s old bedroom may have answers to what really happened. As Trevor leaves Rachel alone in the house there is a spark of something in the air. I was excited by this chapter because of Rachel’s ingenuity and I wanted to know how she could possibly pull off keeping herself hidden from her sisters for the reasons she chose.

There are so many things to like about this book; the rapid pace and robust setting, and an exceptionally powerful conclusion. It’s not often you find a book with so many psychological layers, drip-fed a morsel at a time—an unnerving psychological thriller with enough suspense and action to hold you spellbound to the very end. Absolutely sensational!

Many thanks to the publisher, Little, Brown Book Group, UK, Netgalley and to the author, Karen Dionne for the privilege of receiving an advance reader copy of this book. 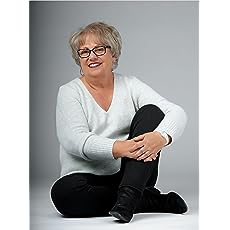 Karen Dionne is the #1 internationally bestselling author of the award-winning psychological suspense novel The Marsh King’s Daughter. She is the co-founder of the online writers’ community Backspace, and a member of the International Thriller Writers, where she served on the board of directors. She enjoys nature photography and lives with her husband in Detroit’s northern suburbs. 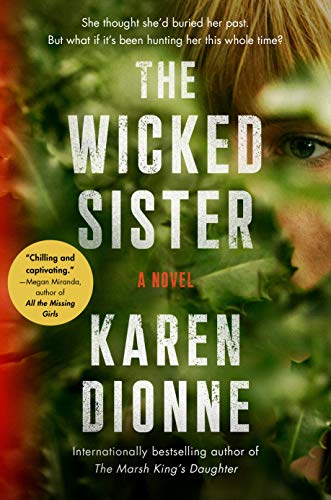 “Dionne paints a haunting portrait of a family hurtling toward the tragic destiny they can foresee but are powerless to stop.”–Publishers Weekly (starred review) “The Wicked Sister is massively thrilling and altogether unputdownable. Dionne is proving to be one of the finest suspense writers working today.”–Karin Slaughter, author of 20 International Bestselling Books

“A terrifying thrill-ride of psychological suspense. Karen Dionne is wickedly good at deception, deceit and misdirection and The Wicked Sister is seductively compelling. You will not stop reading.”
—Robert Dugoni, New York Times Best-Selling Author of My Sister’s Grave

“In Karen Dionne’s wilderness, humans are the most dangerous animals of all. The Wicked Sister is enthralling and terrifying, and I couldn’t put it down.  A terrific novel.”–Joseph Finder, New York Times bestselling author of House on Fire

“A chilling portrait of a psychopath that will shock and fascinate you. Dionne is a master storyteller who has crafted a terrifying thriller that will haunt you long after the last page is read.” –Liv Constantine,  bestselling author of The Last Mrs. Parrish

“Chilling and captivating, The Wicked Sister explores the complex layers of family bonds, guilt, and redemption. A beautifully written, haunting psychological thriller.”—Megan Miranda, author of All the Missing Girls

“Karen Dionne is back with a dark, atmospheric and chilling tale set in the deep woods of Michigan’s Upper Peninsula. Beautifully written, The Wicked Sister moves seamlessly between past and present, unraveling the truth behind a family tragedy. From her insightful depiction of both the grace and bitter cruelty of humanity, to her command of the plot and pacing, Dionne’s brilliance shines through on every single page. Prepare to be blown away!”–Wendy Walker, bestselling author of The Night Before

“Fresh, truly original, and utterly unpredictable, Karen Dionne is at the top of her game with the gorgeously told The Wicked Sister. I devoured this book in one sitting! It’s hard to balance complex and heartrending familial relationships with pulse-pounding suspense, but somehow this book does exactly that. Propulsive and terrifying to the very shocking end!”–Kate Moretti, New York Times bestselling author of The Vanishing Year