I loved Invisible Girl. It’s a captivating thriller, where a reader’s instincts are vital to uncover the real suspects. It deals with sinister themes and some of the darkest pits of human nature. With a final bone-chilling revelation, it’s best not to lay bets on one person. Everyone is a suspect because everyone has something to hide.

The author of the “rich, dark, and intricately twisted” (Ruth Ware, New York Times bestselling author) The Family Upstairs returns with another taut and white-knuckled thriller following a group of people whose lives shockingly intersect when a young woman disappears. 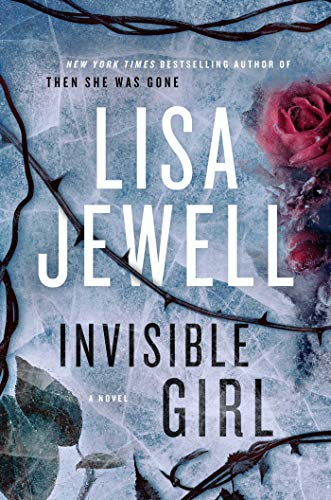 In his thirties, a virgin, and living in his aunt’s spare bedroom, he has just been suspended from his job as a geography teacher after accusations of sexual misconduct, which he strongly denies. Searching for professional advice online, he is inadvertently sucked into the dark world of incel—involuntary celibate—forums, where he meets the charismatic, mysterious, and sinister Bryn.

Across the street from Owen lives the Fours family, headed by mom Cate, a physiotherapist, and dad Roan, a child psychologist. But the Fours family have a bad feeling about their neighbor Owen. He’s a bit creepy and their teenaged daughter swears he followed her home from the train station one night.

Meanwhile, young Saffyre Maddox spent three years as a patient of Roan Fours. Feeling abandoned when their therapy ends, she searches for other ways to maintain her connection with him, following him in the shadows and learning more than she wanted to know about Roan and his family. Then, on Valentine’s night, Saffyre Maddox disappears—and the last person to see her alive is Owen Pick.

Set in north London, Saffyre Maddox is seventeen and still carrying the scars of an assault that occurred seven years prior, and at an age too innocent to comprehend the damage done to her. The therapist she once used lives nearby and through her interior monologue we see secrets in his life and a brewing deceit which Saffyre feels she must unravel. Camping out in the wasteland near his home at night, she watches him and is well-attuned to his comings and goings. As women continue to be attacked and sexual assault crimes are on the rise, someone in Saffyre’s street must be guilty of these crimes, especially after Saffyre disappears.

Cate is married to Roan, the therapist who once treated Saffyre. Cate appears to have the perfect life, but her striking child psychologist husband won’t forgive her for an incident a year ago, and yet here he is with secrets of his own. Cate’s paranoia over Roan’s life is well drawn, and there were times when I wondered if I were being led down a rabbit hole with more surprises at the end of the trail. Suspense is maintained throughout this novel and it’s hard to tear yourself away even for a moment.

I have to say one of my favourite characters was Owen Pick, who is in his thirties and lives with his aunt. His relationship with his father is tainted by memories of what happened between him and his mother many years ago. But with the incel culture at its heart, he is flung into an online friendship which delves into the haves and the have nots, beauty and not so beautiful, and the dangerous manner in which they protect their genes from dying out altogether.

Although a reader can resonate with many of the qualities, exclusions and rejections of this type, the subject matter is so dark, it’s frightening. Owen Pick is subjected to such intrusive scrutiny, you wonder if he will ever recover. If reporters can report whatever they like, we know the target of their articles is permanently blacklisted.

Other favourite characters: The fox, whose hunger and curiousness is scattered throughout the narrative, and Josh for understanding Saffyre’s homelessness and pain. Descriptions of urban nature are ones to savour. It was a solid five-star read for me from one of the best writers in this genre.

Thank you to the publisher, Random House, to the author, Lisa Jewell, and to Netgalley for the privilege of reading this book. 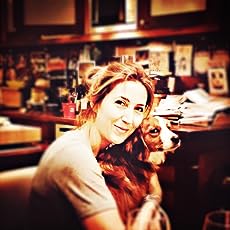 Lisa Jewell is the internationally bestselling author of seventeen novels, including the New York Times bestseller Then She Was Gone and the UK instant Sunday Times Number 1 bestseller The Family Upstairs, as well as other much loved novels such as Watching You, I Found You, The Girls in the Garden, and The House We Grew Up In. In total, her novels have sold more than two million copies across the English-speaking world and her work has also been translated into over twenty five languages. Lisa lives in London with her husband and their two daughters. Connect with her on Twitter @LisaJewellUK and on Facebook @LisaJewellOfficial.