After reading What Lies Between Us, I rushed to buy another John Marrs book. When You Disappeared is a story that will leave you on the edge of your seat, but it will also leave you emotionally drained. Published in 2017, it still holds up as one of the finest pieces of psychological thriller writing. It will stay with you long after you’ve read the last page. 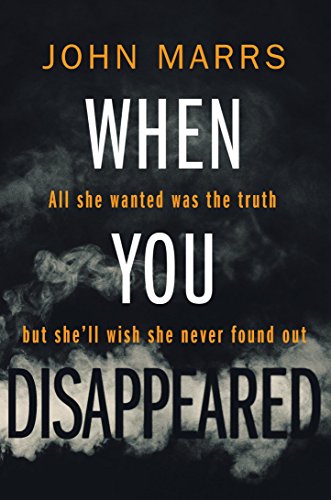 All she wanted was the truth, but she’ll wish she never found out.

When Catherine wakes up alone one morning, she thinks her husband has gone for a run before work. But Simon never makes it to the office. His running shoes are by the front door. Nothing is missing—except him.

But Simon knows the truth—about why he left and what he’s done. He knows things about his marriage that it would kill Catherine to find out. The memories she holds onto are lies.

While Catherine faces a dark new reality at home, Simon’s halfway around the world, alive and thriving. He’s doing whatever it takes to stay one step ahead of the truth.

But he can’t hide forever, and when he reappears twenty-five years later, Catherine will finally learn who he is.

And wish she’d stayed in the dark.

I didn’t know what to expect when I read the description of this book, but I was gob-smacked by the unique way Marrs wove together two stories both present and past. I hated Simon from the beginning. Callous, narcissistic and driven to immense hatred by something that happened in the past, I was incensed by him abandoning his family. Why and what caused him to do such a despicable thing?

Twenty-five years ago, Catherine and her young children are abandoned by her husband. She is left to pick up the pieces and start all over again. But there is no body to bury and no closure, and as the in-laws begin to pick away at the marriage, and question if Catherine had any part in Simon’s disappearance, you feel her desperation and her loneliness. Instead of wallowing, she picks up the pieces and forges her own career while single-handedly bringing up her children. When you’re a single mother (like me) you know how hard this is. Marrs takes great care to show her failures and successes in a realistic and well-paced manner. I loved her story.

Meanwhile Simon contemplates ending his own life, and then decides instead to simply throw in the towel to a good career and marriage, and swan off to pastures new. He doesn’t look back. Much. His life takes on a grotesquely downward spiral as he travels abroad. A free spirit now, he has no direction, but there is a curiously OCD side to him, a strength of character that I found both fascinating and despicable. Each page brings you closer to finding out why Simon did what he did. You can’t help being completely invested in the characters because you know there is a huge chunk missing. We catch glimpses of a terrible mistake that had somehow impacted the relationship and brought it to its knees.

I did ask myself a question as I closed the book. What happened to the sons? The illnesses all round were sad, although I wondered if perhaps there were too many.

Although I felt terrible sadness for Simon’s story and his friendship with Doug, I wanted to stand up and scream. A life changing tragedy incurred by a simple lack of communication seemed so unnecessary, but when you consider why secrets weren’t divulged at that time, you can understand it more clearly. But the most unforgettable scene for me was the final admission. An innocent child which amounted to an act of unforgivable neglect. Yet Marrs still made me feel sorry for the villain when I shouldn’t have given a damn.

Trigger Alert: This is an unputdownable book for me, but the tragedy at the heart of it is so dark it may be a nightmare for some readers. Please read the reviews before diving in. Even so, I gave it a solid five stars because of the skillful formatting of the story and the twists and turns that leave you breathless.

“A compelling dark read that gets you thinking.” 4/5, The Sun Newspaper.

“A magnificent story, one that truly captivated from the start with its style and grace and ever so subtle disclosure of the ultimate history.” – littleebookreviews.com

“A story that left me on the edge of my seat. I couldn’t put it down. You simply must read this book for yourself.” – Book Lover’s Attic.

“The story is masterfully told … the book is one that will stay with the reader for a long time. It is an extremely impressive first novel.” – Online Book Club

“There are many jaw-dropping moments. If you pick up this book, expect to be shocked! This is a book that firmly deserves to be defined as a page-turner.” – Cleopatra Loves Books. –This text refers to an alternate kindle_edition edition. 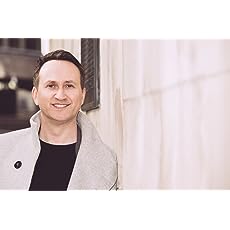 John Marrs is an author and former journalist based in London and Northamptonshire. After spending his career interviewing celebrities from the worlds of television, film and music for numerous national newspapers and magazines, he is now a full-time author. What Lies Between Us is his seventh book. Follow him at http://www.johnmarrsauthor.co.uk, on Twitter @johnmarrs1, on Instagram @johnmarrs.author and on Facebook at http://www.facebook.com/johnmarrsauthor.