What a fabulous book! All the trappings of an excellent thriller with a treasure trove of secrets you have to uncover. As always, Jo Nesbo delivers a deeply layered, intricate study of the human mind. It’s not surprising this book is a number one bestseller! 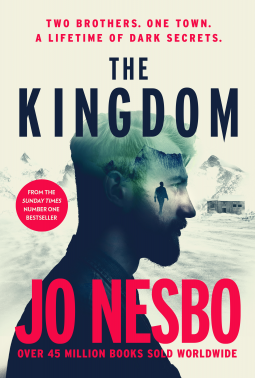 In the mountains of Norway a man lives a peaceful existence. However one day his younger brother, always the more successful and charming of the two, turns up to visit, accompanied by his new wife. It soon turns out that the little brother is not quite as angelic as he seems.

Set in a small town filled with secrets, this is a compellingly atmospheric new thriller from the Sunday Times number one bestseller.

This is a story of choices and courage, and about Roy against everyone else. A year older than Carl, it is clear he is the more robust of the two brothers. But the day Carl heads out with his father’s beloved dog changes everything.

Roy has always been Carl’s guardian, his protector and helper. ‘Nothing is as good as the sound of a little brother who is safe.’ He has lived in his wilderness kingdom for fifteen years alone with the oppressive ghosts of Opgard, while Carl studied finance and business administration in the USA. Now Carl is back home with a rather large agenda. A mountain hotel and the idea of selling the property that had been in their family’s possession for four generations. He returns with Shannon in tow and this time, the world is a little different.

The book has a great sense of community and rivalry, and the poetic descriptions that stay with you for days are, as always, stunning. A much slower pace than Nesbo’s Harry Hole series, it nevertheless delivers the same massive punch. It also delves deep into Roy’s and Carl’s pasts, a seemingly normal upbringing with the underpinnings of unresolved grief, infidelity and revenge. Is Carl’s sudden return simply to show off how well he’d done? And how will he build this ‘castle in the air’ and gain investors from a town built on skepticism?

From the outside, Carl’s relationship with Shannon appears tender and devoted, living in each other’s pockets. But there is underlying tension and you wonder what kind of straw will break the camel’s back. Accidents do happen, although Kurt Olsen has his own opinions. He’s a hunter. He won’t give up.

To say I couldn’t put it down is an understatement. I kept thinking I knew how it would end but I was far from it. Bruises, revenge affairs, fires, and Roy’s plan. What could possibly go wrong?

Strangely addictive and a keep-you-up-all-night story, it’s no wonder Scandinavian writers continue to dominate the thriller market. Intricate plotting and masterful characterization makes this one of my favorite books this year.

Thank you to Netgalley, Random House, and the author – Jo Nesbo, for an advance copy of this fabulous book!

JO NESBØ is a musician, songwriter, and economist, as well as a writer. His Harry Hole novels include The Redeemer, The Snowman, The Leopard and Phantom, and he is also the author of several stand-alone novels and the Doctor Proctor series of children’s books. He is the recipient of numerous awards, including the Glass Key for best Nordic crime novel.

Other book covers of The Kingdom 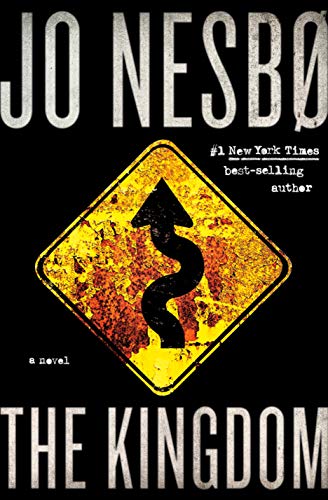 Other books by JO NESBØ