Another knife-edge thriller that unfolds with cut-throat ferocity! This is the second book in the Kate Marshall series, an ultra-satisfying, seat-of-your-pants action mystery with a corkscrewing plot.

The moors are a perfect hiding place for a serial killer. And a chilling return to the past for nascent private investigator Kate Marshall in a pulse-racing thriller by the author of Nine Elms. 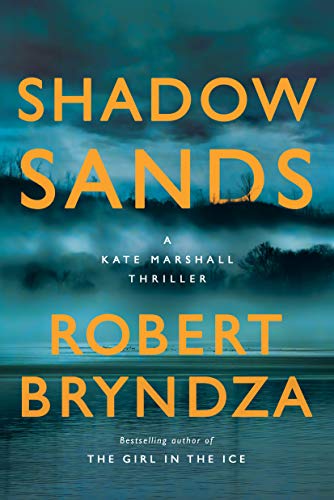 Criminology academic Kate Marshall is on a scuba jaunt with her son when they dive toward a shocking discovery: the body of a teenage boy entangled below the surface of the Shadow Sands reservoir. The detective chief inspector’s too-quick narrative of a tragic drowning doesn’t add up, and when Kate follows the evidence, it leads to a darker discovery.

The victim is only the latest in a series of mysterious deaths and disappearances linked to the moorlands—and a mythic phantom said to hide in the rolling fog. When a researcher of urban legends vanishes without a trace, Kate and her associate Tristan Harper must act fast and look deep if they hope to find her alive.

But the elusive serial killer they’re hunting isn’t the only one a step ahead of Kate and Tristan. Someone else is making dead certain that the secrets of Shadow Sands stay buried.

The book opens with a UK regional swimming champion being attacked by an unknown assailant at Shadow Sands reservoir. Two days later, forty-two-year-old Kate Marshall and her teenage son, Jake, are swimming in the same waters, taking pictures of a sunken village — only to stumble on a gruesome find, something that Kate is rather good at. 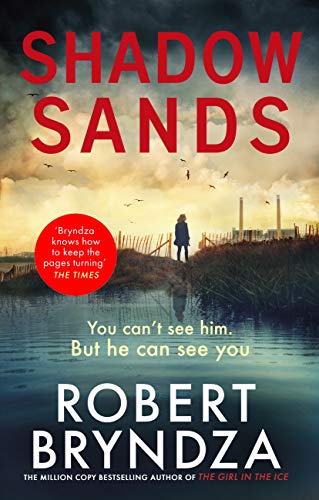 Kate becomes embroiled in the case at the request of the victims mother. With the help of Tristen Harper and the mortician, it becomes clear the Kendal boys death was no accident. Geraint Jones’ melancholic statement and Alan Herman’s refusal to comment on time of death make this an eerie case—that and the police’s rapid decision to rule accidental death.

There’s clearly something much bigger going on with witnesses about to give statements and then winding up dead. The ending, as with all Bryndza’s books threw me for a loop. I’m loving the PI stance to Kate’s career and I’m hoping to see her getting up to all kinds of ticks without the oppressive rules of a police department to hinder her. Another ACE read.

This is one of those books that gives you goose pimples, a few sniffles and sniggers. Loved the cappuccino/Al Pacino comment. Oh, and Dylan and Thomas. It explores the darkest criminal minds and puts killers where you least expect to find them.

Bryndza’s writing is always clear, well researched. His understanding of forensics and police procedural always makes me feel I’m in reliable hands. His descriptions of the area: Kate’s two-storey house in Thurlow Bay and the edgy, dark imagery of the crime scene is sure to stay with you for a very long time.

This series is maddeningly addictive and soaks up every dark pleasure and every nail-biting terror and provides a protagonist you definitely want to root for.

Thank you to the author Robert Bryndza, Netgalley, the publisher Thomas & Mercer and Netgalley for an advanced copy of this book.

‘It is impossible not to root for the feisty, flawed Kate’ – Daily Mail

‘So chilling, with truly terrifying characters and a hard-hitting storyline that is gripping from start to finish’ – Rachel Abbott

Robert Bryndza began his career training at the Guildford School of Acting in the U.K. He spent six years as an actor, doing all kinds of strange jobs in between, which was the perfect training for being an author. He began to write during a long period of unemployment, first comedy sketches, a show which he took to the Edinburgh Festival, and then four romantic comedy novels which he self-published, and they became Amazon charts bestsellers selling over 250,000 copies.

Nine Elms, the first book in his new Kate Marshall private detective series was published late in 2019 and was an instant Amazon USA no.1 bestseller, an Amazon UK top 10 bestseller and topped bestselling charts around the world. The second book in the series, Shadow Sands, will be published in November 2020. Robert is British and lives in Slovakia.

Other books by Robert Bryndza