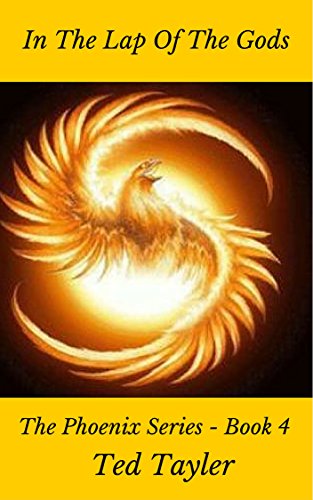 If you enjoyed Ted Tayler’s first three books in the Phoenix series, then you’ll certainly enjoy In The Lap Of The Gods. Taylor’s remarkable sequel is full of tension and suspense, similar in nature to its forerunners. Having received an ARC for an honest review, it wasn’t difficult to view so many scenes through a scope and capture a cast of remarkable characters in the crosshairs. The relationship between the cool, meticulous Phoenix and the sophisticated, discerning Athena is one I thoroughly enjoyed. There was a hominess to it, but at the same time it took on a professional and practical quality when required. The Olympus Committee includes a sparkling mixture of names taken from ancient Greek mythology. Each have flamboyant personalities and skills to fit them.

On the other side of the coin, Tayler has uniquely illustrated the criminal network of a well-established eastern European mob whose army of foot-soldiers is hell-bent on terrorizing the population. But it is the brutality of these migrant recruits and their reckless MO that strikes a chord and a leader who may be the most manipulative psychopath yet. Weaved in between the lines are the police who try to clean up the carnage while hunting down thugs intent on keeping the country on high alert.

There are plenty of fascinating surprises woven through the chapters and high powered action to keep you entertained. With all the bloody scuffles and internal mob affiliations threatening to undermine the inner core, I am reminded that this book would make an excellent movie.

This is the fourth book in the series so far, and it takes the stories featuring the Olympus Project in a new and exciting direction. From Larcombe Manor, Phoenix and Athena have battles to win against vicious gangsters on home soil and urgently need to identify factions within the organization plotting to take it in a different, far more sinister direction.

The opening scenes at Glastonbury 2013 to the closing chapter cover little more than a month in time. Yet in that short month, the landscape surrounding the Project is altered forever. The action is non-stop as it switches from the West Country to Windsor, then from England to the Mediterranean.

‘the development of the characters and their relationships is beautifully handled’
‘taut and well plotted’
‘fast, thrilling and engaging’
‘a fascinating array of characters and consistent tension’ 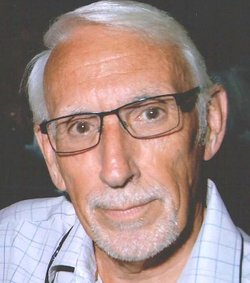 Ted Tayler was born in Corsham, Wiltshire in 1945. When he was five years old his family moved five miles up the road to Melksham. He’s lived there ever since. He attended Trowbridge Boys High School and left at 18 with a clutch of O and A Levels. He joined a bank initially but moved to a local tyre company because it fitted in better with his musical ambitions. He semi-retired in 2000; Ted’s been married to Lynne since 1971. They have 3 children in their mid-thirties and 4 grandchildren. Let Ted take up the story:-

“I grew up with reading and writing all around me. My mother loved books and I had 2 aunts who taught English. There was no escape. I just put it all on hold from school because of my music and work, until I wrote my book of memories from my life in bands in 2008; it was eventually published in 2011. At the end of 2012, I wondered if I could write fiction! Those are the when’s. I’m beginning to wonder why!

I think of myself as a storyteller; I hope that with each successive book I get better at it. What I’ve been told is that the reader feels as if we’re sat across the table from one another over a drink, and I’m just chatting with them.

As for the thriller series featuring The Phoenix; well life is all about balance isn’t it? Good and evil, love and loss, laughter and tears. The Phoenix believes that criminals should pay for their crimes; the system often fails to deliver the correct punishment. The Olympus agents can help him redress the balance. There are stories left to tell.”

The collection so far:-

For more books by Ted Tayler, visit his website here