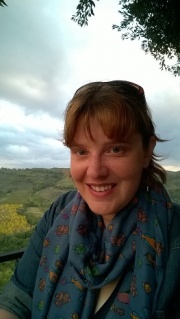 I’m really excited to welcome Jennifer Wilson on my blog today. Jennifer is a marine biologist by training, who developed an equal passion for history whilst stalking Mary, Queen of Scots of childhood holidays (she has since moved on to Richard III). She completed her BSc and MSc at the University of Hull, and has worked as a marine environmental consultant since graduating.

Jennifer is here to tell us about her favorite scene from her book Kindred Spirits which is available on Amazon and currently reduced to 99p/c as part of Crooked Cat Publishing’s paranormal themed week.

The Tower of London. Funny how one building can, even after centuries, manage to instil fear in the heart of a nation. All those infamous imprisonments, intrigues and executions – plenty of history to get your teeth into. 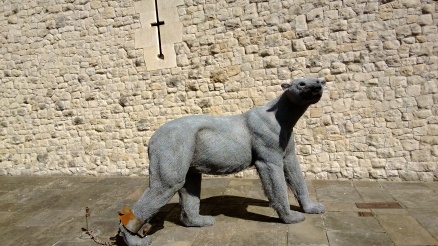 But it’s not all blood and gore – the Tower was also home to the first London Zoo, of sorts… There were lions in the palace as early as the thirteenth century, and one of the most famous creatures has to be the polar bear, a gift to our king from the King of Norway. It used to fish in the Thames, tethered to the bank – not something we’re likely to see again (perhaps for the best). There is though, an interpretation of the magnificent beast, still in the Tower today.

Other animals, also created from wire and mesh, still inhabit the Tower, but there is also the tale of a slightly less ‘material’ animal in residence. The story of the ghost bear is a curious one, and one I had to include in Kindred Spirits: Tower of London. How could I resist?

The grizzly ghoul was apparently sighted near the Martin Tower, and scared a guard so much he died of shock. Happily, nobody gets that frightened in my tales of the Tower’s ghosts. I’m such a coward, I could never write anything genuinely scary. But I enjoyed thinking of the Tower’s ghosts, and the things they could get up to, and if you take a look, then I hope you do too. 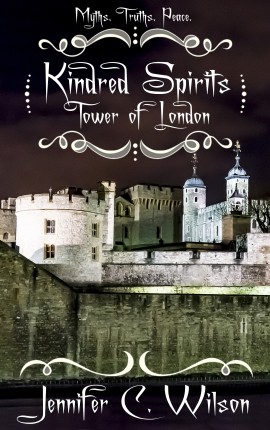 A King, three Queens, a handful of nobles and a host of former courtiers… In the Tower of London, the dead outnumber the living, with the likes of Tudor Queens Anne Boleyn and Katherine Howard rubbing shoulders with one man who has made his way back from his place of death at Bosworth Field to discover the truth about the disappearance of his famous nephews. Amidst the chaos of daily life, with political and personal tensions running high, Richard III takes control, as each ghostly resident looks for their own peace in the former palace – where privacy was always a limited luxury. With so many characters haunting the Tower of London, will they all find the calm they crave? But foremost – will the young Plantagenet Princes join them?

Enrolling on an adult education workshop on her return to the north-east reignited Jennifer’s pastime of creative writing, and she has been filling notebooks ever since. In 2014, Jennifer won the Story Tyne short story competition, and also continues to work on developing her poetic voice, reading at a number of events, and with several pieces available online. Her debut novel Kindred Spirits: Tower of London was published by Crooked Cat Publishing in October 2015.

Why not visit Jennifer at her links below.